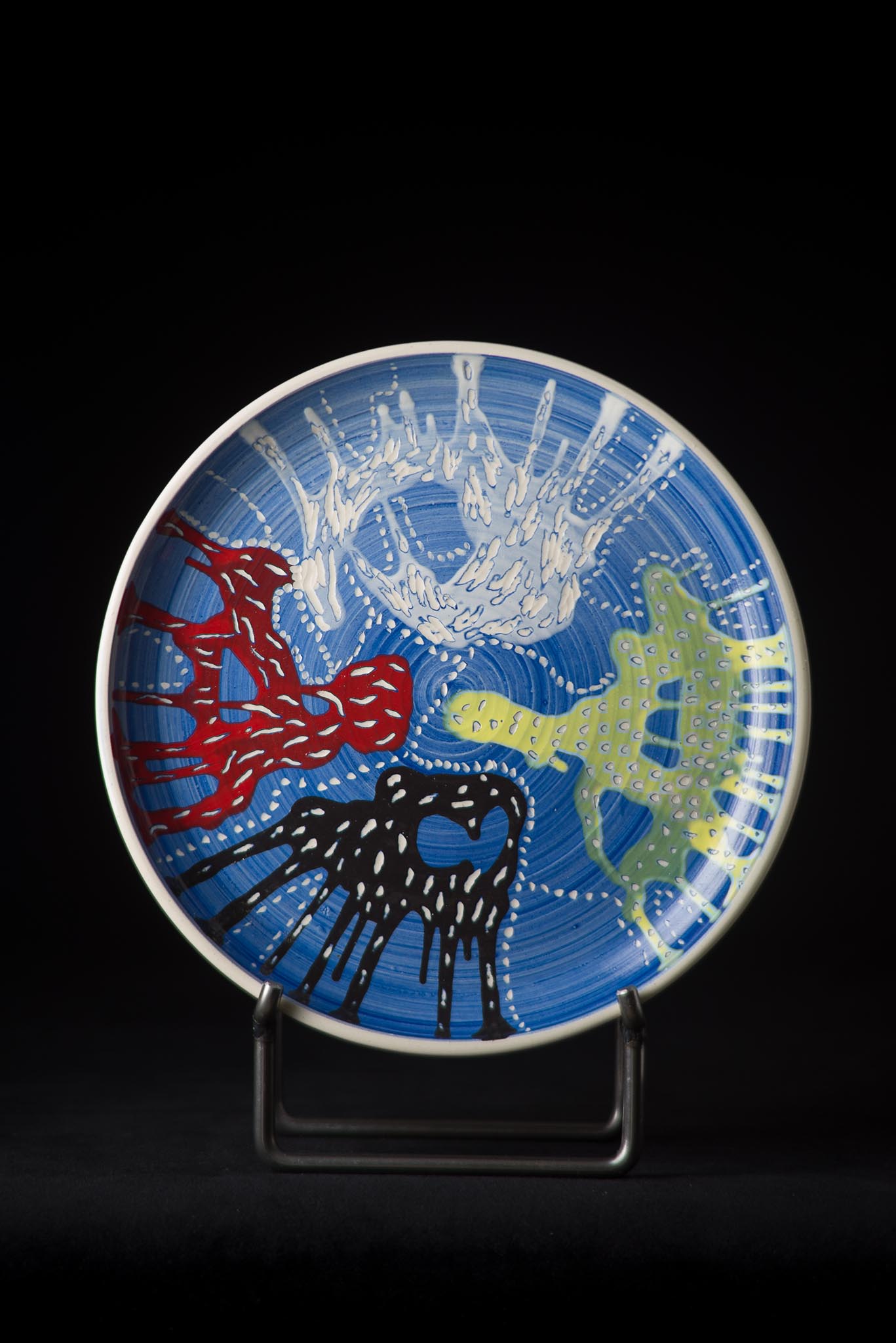 Handicrafts and art, I feel I have wandered  so long between those worlds, that I really don`t understand any borders. To me it`s only one big world of create.  All the wandering started from childhood play, while I was whitteling boats from bark with my cousin, taking first steps as a sculpter. In my case that play had never ended, sometimes knife just changed chisel or axe and bark to block or log, and still I`m doing every summer boats from bark to children and for own joy also.

And next to wood, has now appeared clay. In fact it has been now main material of handicrafts and art for seven years. I had concentrated on wheel, learning to do forms with it. Just doing some sculpture works with variated materials and some paintings too, as a spice to my life. In my ceramic art painting has a big role, so it`s good to practise for example oil painting sometimes. Earlier while painting a bit more, I found many times it so hard to decide the final colours to my works. What had helped me with that is play; this time the play has been colouring clay objects with engobe.

I don`t exactly know why, but I just had found it much more easy to solve the problems of colours with ceramic than paintings. Even it finally is the same matter – creating visions with colours. Maybe it is the methods of mine, pouring the colous, doing sometimes many layers, engraving some colours off, pouring some more – playing with colours. And in that play one important thing is mistake. I had found moments when colour spreads to places I didn`t planned it to go, so great, I actually almoust always just multiple that mistake, and had found this not only relaxing but also forward leading method.

In many ways I feel while working I`m playing, the rules can be changes on the run, or there are no rules at all. This remains me what my jiu-jitsu teacher Kaarlo once told me:

There is only two rules.

Rule number one: there are no rules.